TOP 10 TIPS FROM OUR CEO, Aaron Moncur, TO GETTING ALONG WITH OTHERS: 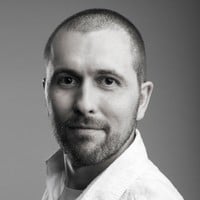 Background: Numerous times our clients have gone out of their way to tell us how much they’ve enjoyed working with our CEO, Aaron Moncur. Here are Aaron’s top tips to getting along with people:

1)Don’t use words like “very”, “extremely”, “really” when having negative conversations….it just makes the conversation that much more negative. The person you’re speaking to knows you’re upset; using these words just comes across as patronizing.

2)Only defend yourself by reminding someone of their shortcoming when it’s really necessary. For example, if your boss asks you what the status is of a project, and you already told him a few days ago, don’t say “like I told you the other day,…” That just makes your boss look bad, and even though you’ve done nothing wrong your boss will resent the comment. (This applies only when it does you no real harm, but helps the other person save face; to not do so only satisfies one’s own pride at the expense of the other person)

3)If someone says something complementary to you about a person, next time you’re with that person tell them about what wonderful things so and so said about the person. It will ingratiate you to that person.

4)This one is for negotiation… Need to move it at some point. Ask people questions framed in a way that it assumes the other person has already done what you have asked them to do or what you want them to do. It forces the person to “be the bad guy“ if they have to tell you they’re not going to do that… Just makes it a little harder for them to go against you.

5)Don’t use “but” when “and” will do. Using “but” is like a backhanded compliment. “I appreciate what you’re trying to do, but…”

6)When having a discussion that might be taken as accusatory in nature, consider using a passive form of the sentence instead of using the word “you”. (e.g. you haven’t finished the report yet, have you? vs the report hasn’t been finished yet, has it?) It just make the sentence a bit softer…if the recipient knows they have made a mistake, they’ll know it when they hear this, and there will be less of a chance they’ll be offended or respond defensively.

8)Avoid “why” questions. They can come across as confrontational. Instead of “why didn’t you finish the report”, try “will you give me an update on the status of the report?” “What” or “how” questions usually come across more positively than “why”.

9)Apologize when warranted, but be judicial in the use of apologies. Sometimes the simple act of apologizing can stir feelings of discontent in the other party. Instead of “sorry this is late”, consider “thanks for your patience”. The first wording creates an invitation for the other party to be upset with you; the second wording allows the other party to feel good about him or herself (because he/she was patient).
Let people speak. It’s easy to interrupt others so we can get our point across, but people don’t like that. Let them say everything they want to say before you start talking. Don’t talk over them. Don’t interrupt.

10)When someone indicates that they “get it” (after first indicating they’re not clear on something, and then being given an explanation), stop explaining. Don’t take up more of their or your time with further explanation that isn’t necessary. 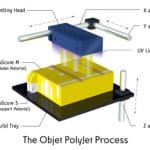 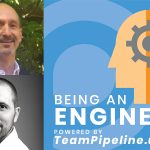