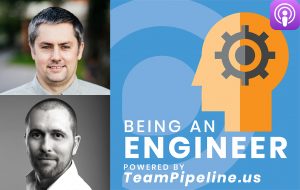 Robert Fuge grew up thinking he wasn’t any good at math. He would do anything to avoid further exposure to mathematics curriculum from grade school all the way through high school. Then one professor drew a picture, paired it with y=x^2, and changed everything for Robert. In the course of a few weeks he began truly understanding math for the first time, and decided he could, in fact, become an engineer (which, aside from the math, had been the obvious career choice for him ever since he was young). These days, not only is Robert an engineer, but runs his own business (Epsilon Laboratory) helping engineering teams solve measurement problems as relates to load cells and strain gauges. And doing some math here and there.

About Being an Engineer

The Being An Engineer podcast is brought to you by Pipeline Design & Engineering. Pipeline partners with medical & other device engineering teams who need turnkey equipment such as cycle test machines, custom test fixtures, automation equipment, assembly jigs, inspection stations and more. You can find us on the web at www.teampipeline.us. 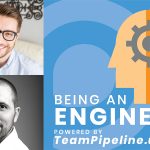 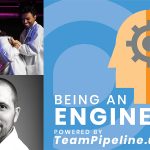