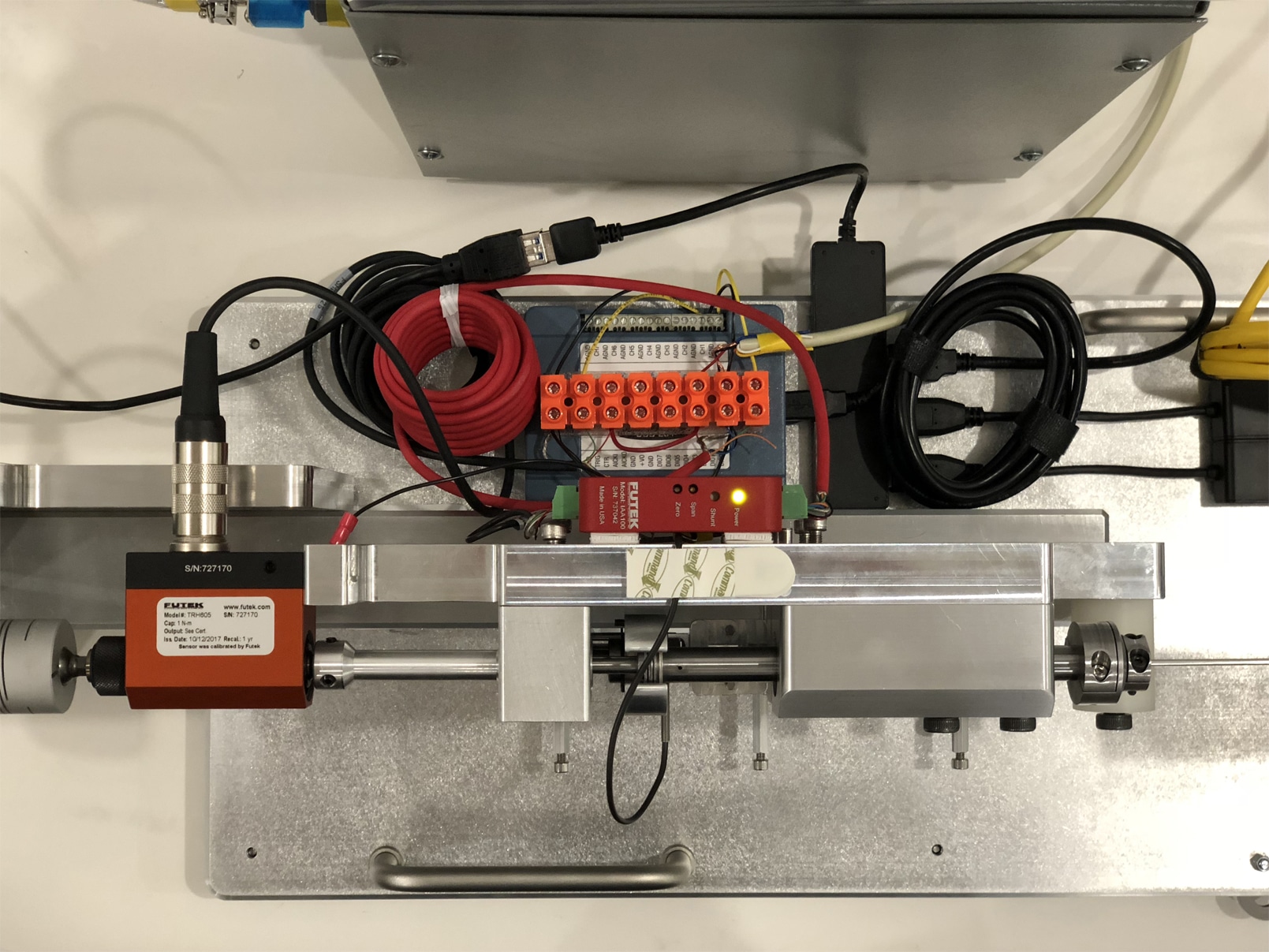 BENDING FIXTURE
A medical device manufacturer requested Pipeline develop for them an automated machine to test their device. The machine needed to hold a variety of different devices, and allow the operator to apply a range of torsional, axial, and bending load values to the device. To further complicate the process, these loads needed to be applied simultaneously or individually, depending on the chosen test parameters, and needed to accommodate a rotating member of the device that reciprocated axially. Finally, the resultant torsional and axial loads needed to be measured and displayed on a computer interface.

Pipeline developed a novel mechanical solution that accommodated the axial reciprocation while at the same time applying and measuring axial and torsional output forces from the device. The bending load was implemented as a separate module, but also allowed for simultaneous load application (and a modular solution to accept multiple devices). A custom LabVIEW program was developed to control a motor that drove the bending module. This software application also displayed the load and torque in real time on the computer monitor. Pipeline delivered the system as a fully functional turnkey system to the customer, who was able to immediately begin using it. 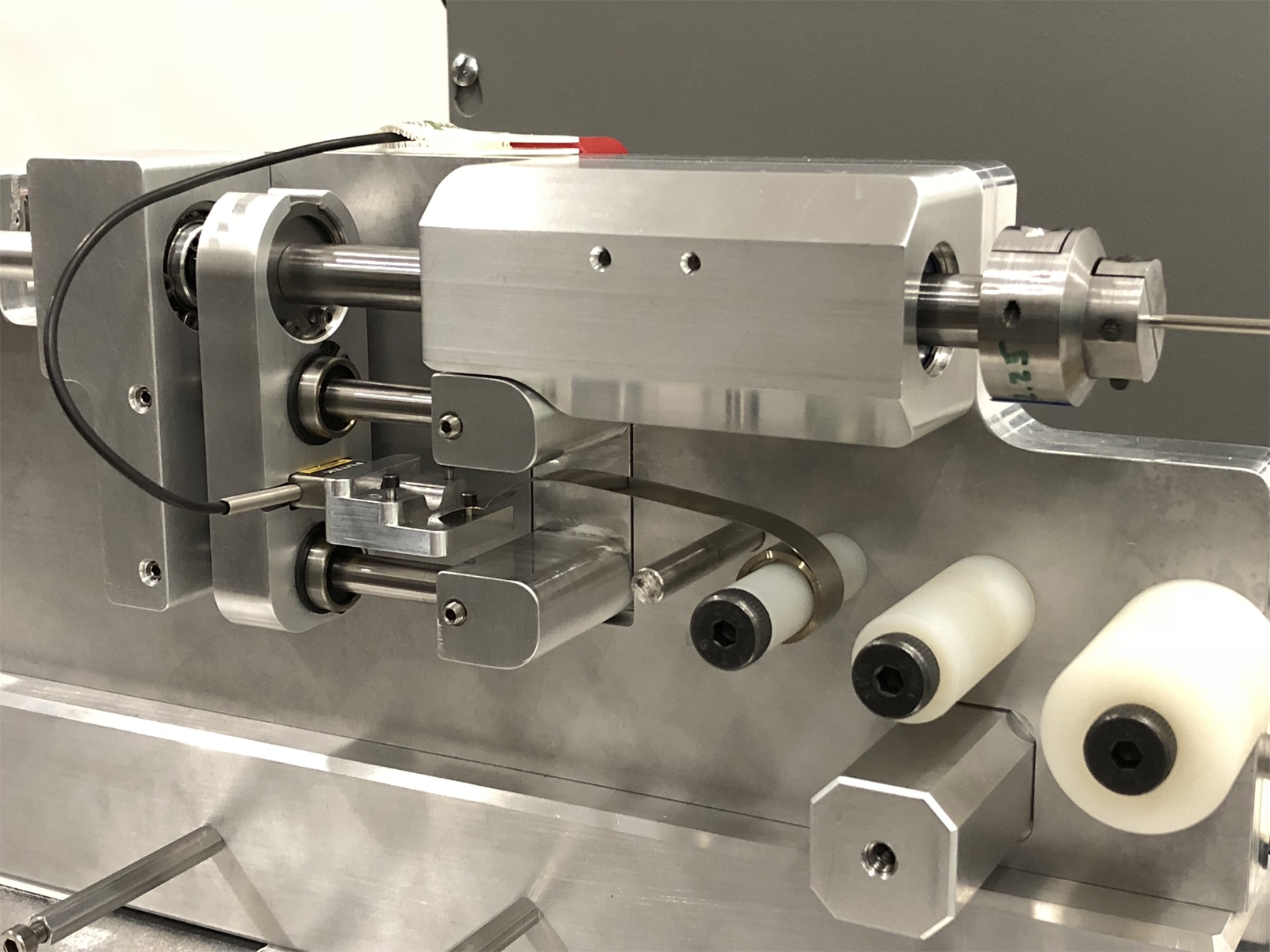